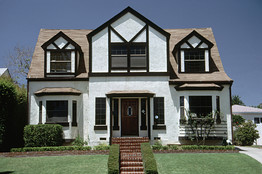 Tulsa, Okla., Albany, N.Y. and San Diego, Calif. have shot onto the list of the 10 best markets for conservative residential real-estate investors, according to an updated report by Local Market Monitor, Inc. Since its earlier ranking in August, Phoenix and Naples, Fla. are no longer among the most dangerous markets for investors, the company says.
The Cary, N.C. firm, which analyzes trends for lenders, builders and investors, compiled its newest Investor Suitability report using data through Sept. 30 for 315 U.S. markets. The firm is known for its housing-market forecasts using “equilibrium” home prices, what home values probably should be in relation to population, job growth and income. Knoxville, Tenn., and Greenville, S.C.  dropped down the list of favorable markets.
The report excludes towns with less than 200,000 residents and focuses on price-appreciation rather than rental income.  High-ranking areas for investor suitability are places where there’s a positive three-year home price forecast, employment is stable and only a small share of jobs are in highly volatile industries such as construction and financial services. The best markets for conservative investors show signs of price stabilization; dangerous markets are those where it appears prices will fall further and probably won’t turn around soon because of poor local economies. Speculative markets are those with higher upside potential, but more risk.
According to the updated report, which will be released next week, El Paso, Texas; Cincinnati, Ohio. and Worcester, Mass. climbed into the top, showing positive trends.
On the other hand, Ocala, Fla.; Port St. Lucie and Boise City, Idaho deteriorated because of less than expected job growth, among other issues.  Port St. Lucie previously had been classified as “speculative.” Indicators had suggested that the area had potential for higher price appreciation after bottoming out, and was suitable for investors who could tolerate more risk. But the economic outlook there worsened, says Carolyn Beggs, chief operating officer of Local Market Monitor.
Here are the lists:
Top 10 Conservative Metro Areas*

Source: www.LocalMarketMonitor.com. Excludes markets with populations less than 200,000.
*New-indicates they are new to the top 10 list, not necessarily new to that classification

Posted via email from slcorp’s posterous

Get your Instant Home Value…

Got a question? We are available …

Got a question about this property?

Oops! We could not locate your form.